Hepatitis C Cases Rising: Do You Need to Be Tested? 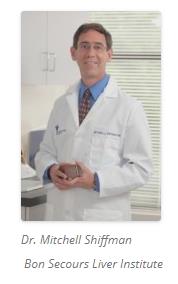 As the number of new hepatitis C virus infections keeps rising, federal health authorities are urging people at risk to get tested.

Nearly half of people living with the virus don’t know they’re infected. Many people don’t have any symptoms. Left untreated, people can develop liver cirrhosis, which can cause liver cancer. They can also spread the virus to other people and their children.

A simple blood test can tell whether someone has hepatitis C. Treatment calls for taking anti-viral drugs for 8 to 12 weeks.

“If you’re a young adult who’s used IV drugs, you absolutely should be tested,” Shiffman said.

Still, most of the 3.5 million Americans living with hepatitis C are baby boomers born from 1945 to 1965. Baby boomers are six times more likely to be infected with hepatitis C than any other age group. They also face greater health risks because they’ve had the virus since the 1960s or 1970s.

While most people are asymptomatic, others might feel overly tired because, as the virus inflames the liver, it uses up energy. Liver cirrhosis increases fatigue and can cause internal bleeding and confusion.

If you have liver cirrhosis, the clock is ticking. Eventually, it can lead to liver cancer.

“Many people who have cirrhosis and liver cancer are not aware they have had chronic HCV for decades,” Shiffman said. “If they had found out they had hepatitis C even five years ago, they could have been treated and cured and may not have cirrhosis or liver cancer today.”