Most Americans Still Eating Too Much Sodium 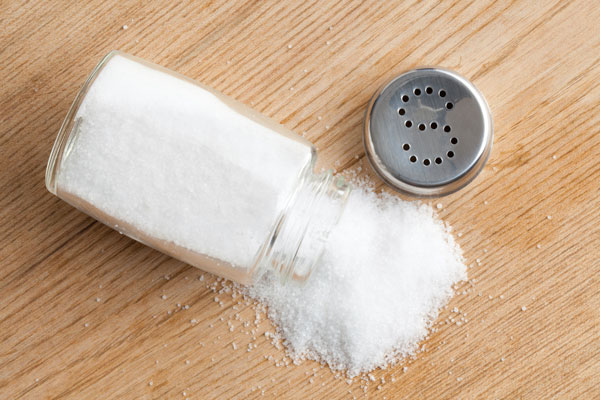 Nearly all Americans are consuming more sodium than they should, according to a new federal report.

More than 90 percent of children and 89 percent of adults eat more than 2,300 mg of sodium per day–the recommended limit set in the most recent dietary guidelines for Americans. Excess sodium in a person’s diet has been linked to high blood pressure and other health problems, according to the Centers for Disease Control and Prevention.

“The finding that nine of ten adults and children still consume too much salt is alarming,” said CDC Director Tom Frieden, M.D., MPH. “The evidence is clear. Too much sodium in our foods leads to high blood pressure, a major risk factor for heart disease and stroke. Reducing sodium in manufactured and restaurant foods will give consumers more choice and save lives.”

About one in three U.S. adults–roughly 70 million people–have high blood pressure, but only half have it under control. Heart disease, stroke, and other cardiovascular diseases kill more than 800,000 Americans each year and cost nearly $320 billion a year in health care and lost productivity, a CDC news release states.

CDC researchers came up with the recent sodium findings by analyzing dietary data from a survey of nearly 15,000 people. One troubling finding is that sodium consumption is high among those who are at risk of heart disease.

Although researchers say excess sodium intake is a problem for all Americans regardless of age, race, gender and whether they have high blood pressure, some differences were found in the study:

Despite evidence and public health campaigns to educate people about the link between sodium and health problems, sodium consumption has not changed much over the past 10 years.

The recent federal report also highlights the important role healthcare professionals can play in advising patients on how to limit salt in the diet.

“Sodium reduction is a key part of preventing heart disease and stroke,” said Sandra Jackson, an author of the report and an epidemiologist in CDC’s Division for Heart Disease and Stroke Prevention. “Reducing sodium is an achievable and effective strategy to improve heart health for everyone, but it’s going to take all of us working together to make it possible.”